The idyllic island of Palawan, in the southwest corner of the Philippines, is best known for its turquoise waters and secret lagoons.

But the far-flung getaway has recently caught the eye of craft beer enthusiasts too, thanks to the work of the island’s first craft brewery.
Said to be the first women-run beer operation in the Philippines, Palaweño Brewery — located in Puerto Princesa, the island’s largest city — harnesses fresh local ingredients to fuel its recipes.
The diverse menu could include anything from the hoppy Ayahay IPA to the Honey Kölsch, a “tribal beer” made with Palawan honey.
“When people come on vacation, most of them are traveling halfway around the world,” says Ayah Javier, Palaweño’s founder and brewmaster.
“So when we are brewing beers, we want that to emulate whatever Palawan is all about. We try to incorporate what is Palawan, like our honey here — we have three types of honey in Palawan.”

A taste of home 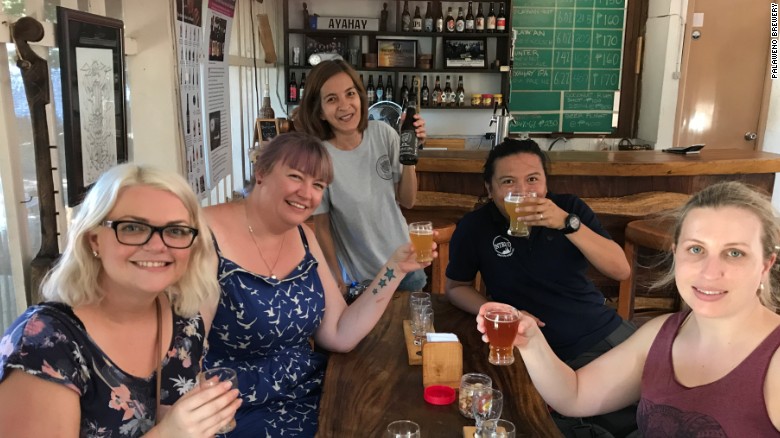 Guests at Palaweno Brewery.
The idea hatched about six years ago, while Javier was working in San Diego, California.
After tasting her first craft beer, she was hooked — but she loved more than just the taste.
Javier also saw a unique business opportunity. 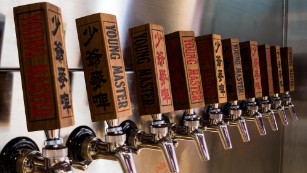 Beertopia: Exploring Asia’s thriving craft brewery scene
“The craft beer industry boomed (in San Diego). So I was thinking, man, this would be a welcome change for the Philippines,” recalls Javier.
“So I went home (to the Philippines), bought a kit… and we started experimenting.”
“We chose Palawan because it’s a paradise. We came here and we fell in love. Totally head over heels,” says Javier.
And what was missing in this steamy beach getaway? Refreshing, crisp craft beer.
In 2012, Javier and her business partner Malu Lauengco let the idea percolate. They threw house parties, dubbed “Ayahay Nights,” to taste-test beers with friends.
Five years later, their experiments seem to have paid off.

Something in the water

Inside the no-frills wooden tap house and brewery, travelers will find a pared-back experience with a family-run feel.
“Every day we wake up at six, start brewing by seven,” says Javier. “Bottling, labels, everything is done manually.”
To keep up with growing demand, the brewers hand-label nearly 1,200 cases every month, which are then sold in nearby bars, hotels and restaurants.
For a tasting session, tipplers can sit at the small wooden bar or hang out in the open courtyard. 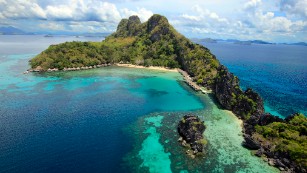 Luxury travel: The most remote resorts in the Philippines
Designed to cut through the island’s heat and humidity, the staple brews take inspiration from all over the world, including a Belgian wheat beer and an American amber ale — all with a local touch.
At any given time, the brewery features about five long-time recipes and a couple of seasonal brews, such as coconut cream ale and summer mango IPA.
The brewers don’t have to go far to find ingredients, plucking chili and other spices from the backyard and sourcing coconuts, mangoes, and honey from local suppliers.
But Javier says the most important ingredient is the water.
“There are four main ingredients for beer: water, barley, hops and yeast,” she explains.
“And what makes it a local beer is the water — so clean and pure.”
Post Views: 415